A hunger for change: Adopt it early and often 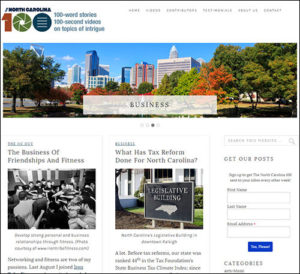 Change is something I have embraced since leaving home for college in the early 1990s.

Ironically, the idea for this column on the evolution of public relations was developed by the very man who convinced me to make the biggest change of my young life as a junior at N.C. State University.

I went off to school to pursue an electrical engineering degree. After a couple of years, I decided to take classes in communications to diversify my skill sets and improve my marketability upon graduation. I wanted to complement my analytical abilities with coursework in public relations and writing. Most of my peers in engineering possessed brilliant math and science minds, but struggled with verbal and written communication. Believing that to also be a weakness of my own, due to lack of confidence and by association, I felt it necessary to step outside of my comfort zone.

The first night I entered my 300-level COM class focusing on PR strategy, Mike Herman, APR, Fellow PRSA, sat confidently on a chair at the front of the room waiting for his prey to take their seats. Mike was intimidating when you first met him, but was a caring and compassionate man after you passed his idiot test. There is not nearly enough space to explain, but trust me, he was the toughest teddy bear at N.C. State.

We grew close and as the end of my junior year approached, he convinced me to leave engineering for public relations. He told me: “You’re too damn smart for engineering. Quit screwing around and answer your calling.” It was the beginning of a 20-year friendship with my first mentor. Mike was my Lee and Bernays, all rolled into one.

I’ve heeded my mentor’s advice many times and learned to embrace change as needed. One of my senior managers teaches an entertaining session called “The Press Release is Evil.” It’s not as bad as it sounds; it just demonstrates the evolution of the press release to the rise of content marketing. Mike embraced most change, although I do remember some resistance to social media. But his eventual acceptance of something that he said would never make it long term also reinforced his advice to me: I have to get out of my own way and be an early adopter to stay ahead.

To that end, as traditional media continues to reduce its resources, our firm has joined an innovative national network of PR firms launching our own digital publishing platform. The North Carolina 100 not only provides a new media channel to showcase our clients as thought leaders, but it will also allow us to place their messaging in other markets across the country through our PR partners.

The 100 Companies is currently signing up PR firms across the United States as members of its network, which has already had a successful three-year track record publishing The Atlanta 100, featuring 100-word articles and 100-second videos. The 100 Companies was launched by former journalist and my Counselors Academy friend Chris Schroder, who is now president of SPR Atlanta. In 2013, the platform won accolades in a journalism contest after being named a finalist in digital reporting, alongside CNN and The Weather Channel.

“We realized that as the world of content marketing evolved, PR firms were well equipped to take advantage of the public’s hunger for accessible quality content,” Schroder said. “So we’ve developed an intriguing blend of topical journalistic stories and informative columns by our clients that position them as leaders in their respective categories and provide them a new digital platform through which to build and engage their customers in e-newsletters and websites.”

Editor’s note: This post originally appeared in the May issue of Public Relations Tactics magazine. 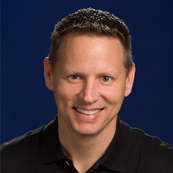