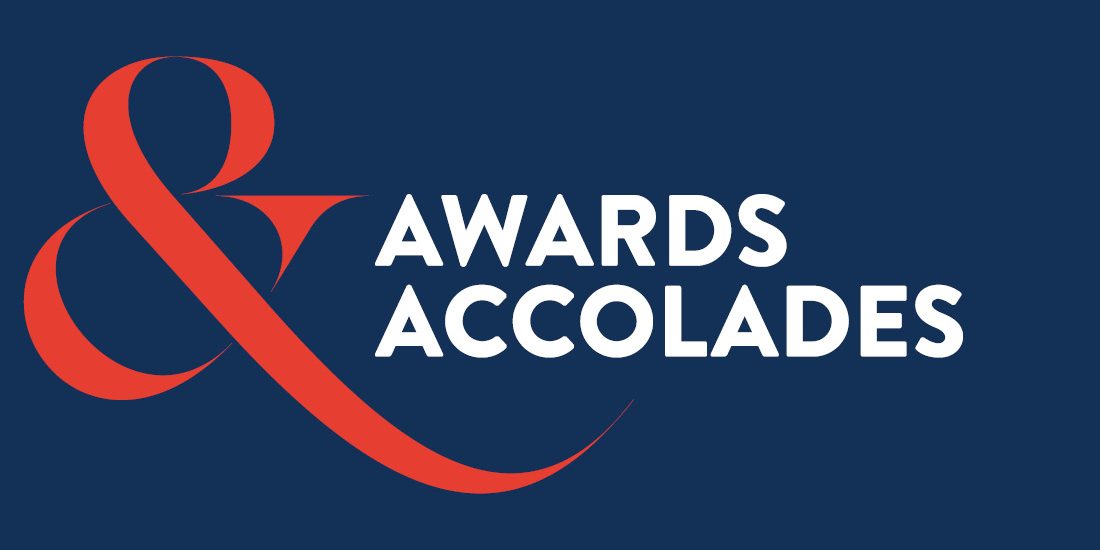 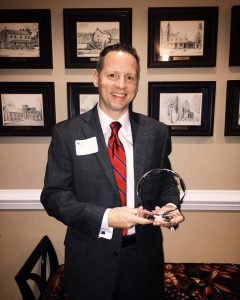 Presentation from NCPRSA came as surprise

Cary, N.C. – S&A Communications Owner/Principal Chuck Norman, APR, was surprised with the Michael L. Herman Award for Excellence in Mentoring at the recent annual meeting of the North Carolina Chapter of the Public Relations Society of America. The meeting and networking breakfast was held December 5 at the North Carolina State University Club in Raleigh.

NCPRSA Awards Chair Travis Bullard read a list of the winner’s accomplishments before calling out Norman’s name. In his remarks, Bullard cited Norman’s support of the PR profession and advocacy for accreditation, his involvement with numerous student events, S&A Communications’ long history of hiring interns and entry-level staff, and his leadership positions with local, regional and national professional organizations.

The Michael L. Herman Award for Excellence in Mentoring is presented to an individual who best exemplifies the ideal image of a mentor through hands-on instruction and support. It is given in memory of the late Mike Herman, APR, whose years of work and dedication to the PR field has had a lasting impact on the profession.

Norman was pursuing a degree in engineering at NC State but decided to take a public relations course as an elective. Herman recognized his communications and analytical skills, and encouraged him to pursue a career in PR.

“It’s a bit overwhelming to receive an award named after one of your professional mentors,” said Norman. “Mike is the reason I’m in the profession, and I would never place myself anywhere near the regard in which I hold him. I am very honored to receive this award.”